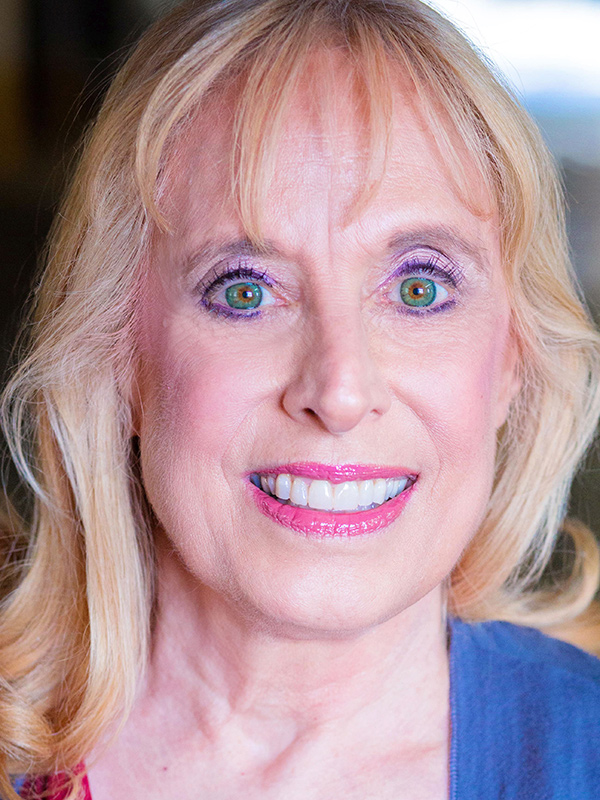 Michele Schultz is an actor, singer, competition-winning screenwriter and a multiple Scenie Award winner and LA Broadway World nominee who got her MFA in Acting from the Mason Gross School of the Arts at Rutgers University. While at Mason Gross, she played Tele in the world premiere of Neil Cuthbert’s Snapping People and Sonya in Anton Chekhov’s The Wood Demon.

At the Group Rep’s Lonny Chapman Theatre, she recently played Inspector Goring in The Game’s Afoot as well as both Diana and Mrs. Sitgood in London Suite. Michele also served as the dialect coach for London Suite. Other GRT credits include Ms. Hansen in Class Project for the virtual production of Unhidden Figures, Lottie Lomax in The Secret of Chimneys (VTA nominee) and Mrs. Mayhew in Agatha Christie’s Witness for the Prosecution (both roles in Chimneys and Witness were originally written for a man!).She was also the dialect coach for GRT productions Otherwise Engaged and A Twisted Christmas Carol.

She has alsso appeared at Theatre 40 in the world premiere of Sunday Dinner as Margaret Guardino. Other favorite roles include Grace in Bus Stop (Scenie Award), Georgia/Kat/Carrie in 26 Pebbles, and Miss Meacham in Separate Tables at Theatre 40, Marguerite Oswald in the world premiere of Alik, Dr. Elizabeth Woolley in Write Me A Murder, Madge in The Dresser, Mrs. Baines in Major Barbara, and Hippolyta in A Midsummer Night’s Dream.

Michele lives in Los Angeles with her husband and a small menagerie. She is also a practicing entertainment attorney, with a degree from Yale Law School. She occasionally performs choral works with the Santa Monica Symphony and the Legal Voices of the L.A. Lawyers Philharmonic and sang the First Bridesmaid in Gilbert & Sullivan’s Trial by Jury at the Wallis Annenberg.