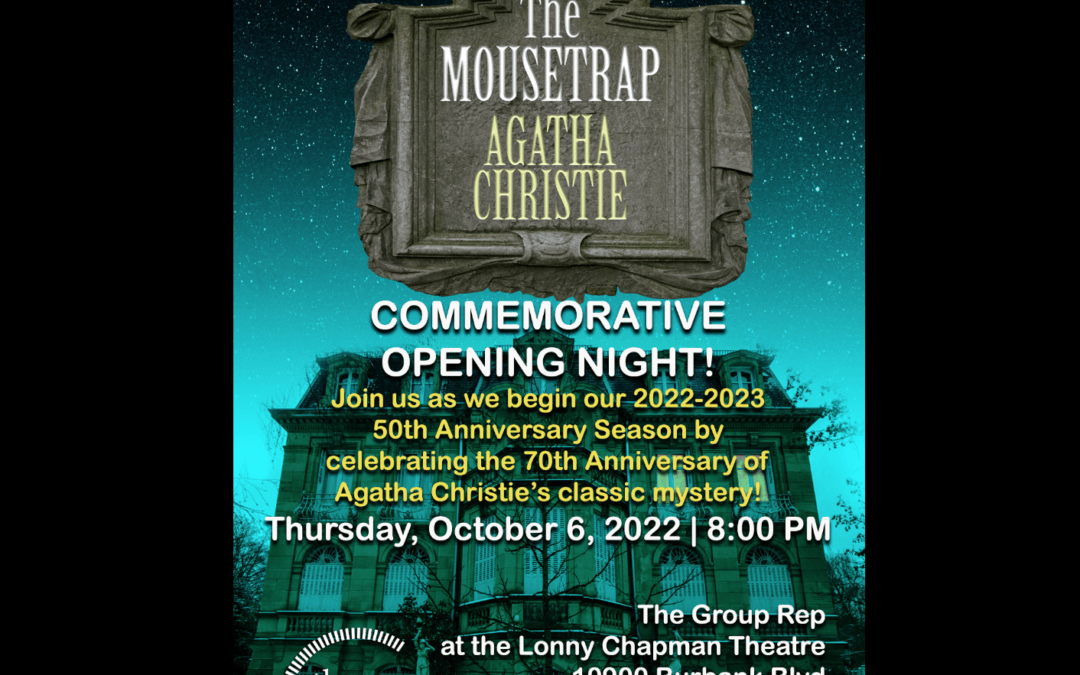 In just under three weeks, we’re starting our 2022-2023 50th Anniversary season by celebrating a most notable Theatre landmark by opening Agatha Christie’s THE MOUSETRAP on the 70th anniversary of the original production’s debut at the Theatre Royal in Nottingham, which premiered on October 6, 1952. Except for an interruption brought on by COVID-19, the play has been running continuously over a period of seven decades.

You’re invited to join us on this special night and event. Whether you’ve never seen THE MOUSETRAP until now, or even made the trip to the West End to see the play where it started, be prepared for classic Christie on the Group Rep stage!