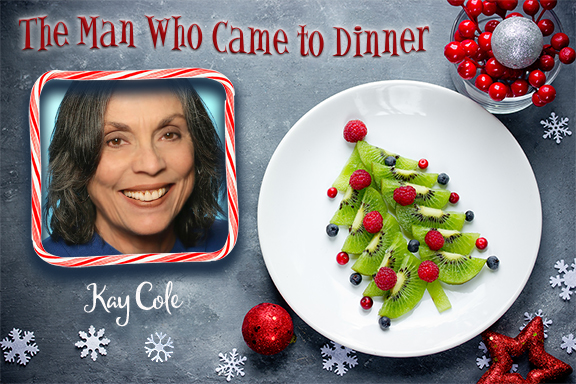 Kay Cole plays Miss Preen, a frantic nurse attending to Whiteside, not enjoying the task of taking care of him. She becomes the constant butt of his insults and name-calling, to which she reacts with routine indignation.

KAY COLE (Miss Preen) Kay released her first solo CD “Souvenir” on Kritzerland Records, produced by Bruce Kimmel and musically arranged by John Boswell. She has been performing in TV, Film and Television since she was six years old. She is proud to have created the role of Maggie in the original Broadway production of A Chorus Line. She also loved playing Madame Thenardier in the LA production of Les Miserables. Recently, she co-starred in an original musical presentation Havana Music Hall. She also guest starred on “Grace and Frankie” this year. Lately, Kay loves directing, choreographing, teaching and writing in Los Angeles, London and New York and occasionally performing her solo evening with John Boswell. Most recently, Kay directed In A Booth At Chasen’s at the El Portal Theatre. She directed and choreographed I Only have Eyes for You, Firecracker an original play she co-wrote, Another Washington Affair, Love Again, Poison and A Dull Pain Turned Sharp. She is in preproduction to direct and choreograph an original rock opera film Daniel in Babylon. www.kaycole.net