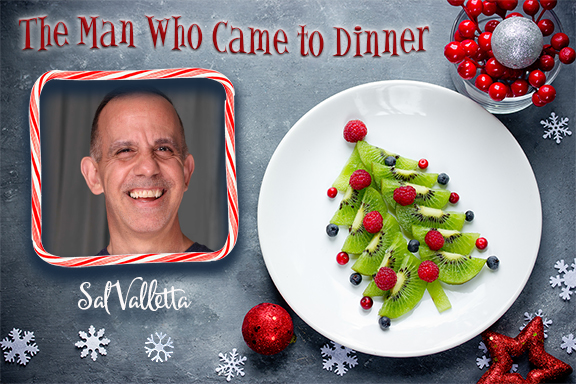 Sal Valletta plays John. The Stanley’s butler who has been around awhile. A very nice person, efficient and star-struck.

SAL VALLETTA (John) Sal is honored to be performing in this classic Hart-Kaufman production and thrilled to be part of such an extraordinary cast! Previous GRT projects include Otherwise Engaged, Nine Winning One-Acts, The Sunshine Boys and Spaghetti & Apple Pie. Earlier acting credits include leading roles in Mister
Roberts, Dragnet, and Of Mice And Men. Sal’s a tried and true Connecticut boy and a proud Disney employee. He looks forward to more acting opportunities during GRT’s 2020 season!