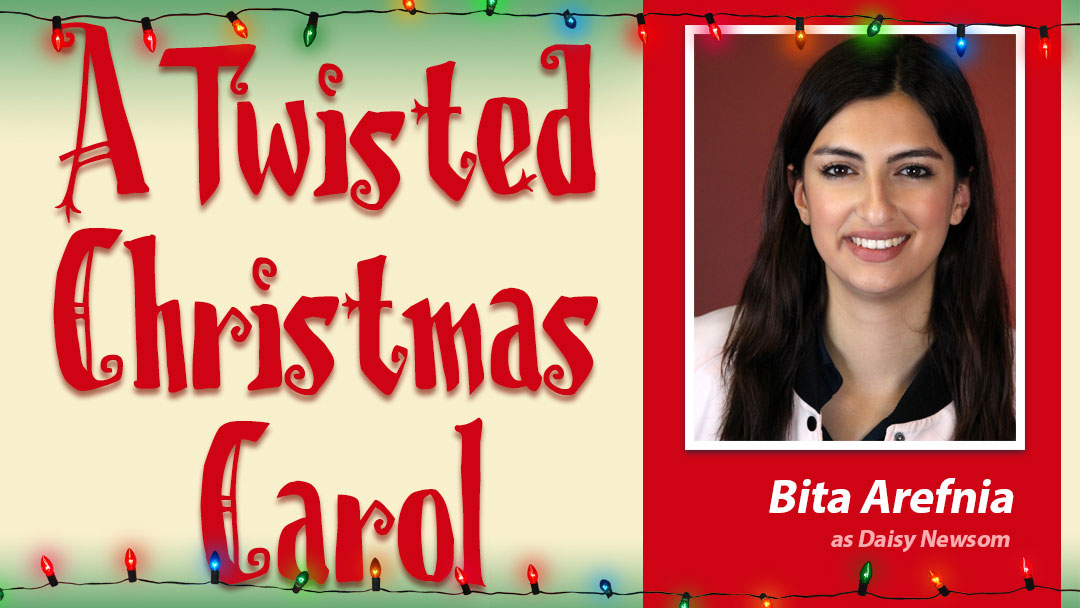 Bita Arefnia plays Daisy Newsom (12/28-29), a former employee of Buford’s Open Pit Barbecue; with dreams of becoming a professional chef with her own television cooking show. In addition to performing in this show, Bita also appears in the Main Stage production of The Man Who Came to Dinner.