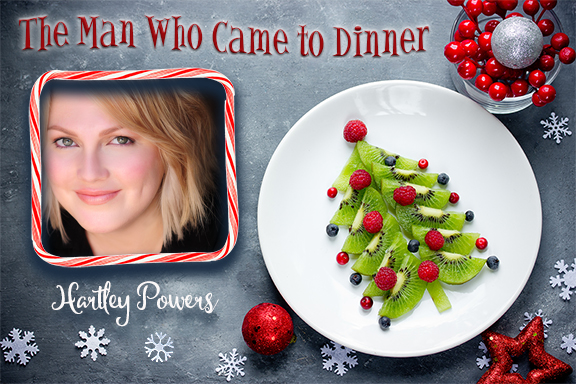 Hartley Powers plays Maggie Cutler, Whiteside’s executive assistant, very businesslike most of the time, but also a romantic who falls in love.

HARTLEY POWERS (Maggie Cutler) Honored to part of this ridiculously talented cast, Hartley has been acting since she was 11 months old – appearing in commercials, television, film & on stage. At GRT: Music Across the Boards (cabaret fundraiser), Midsummer Night’s Dream (Hermia), the titular role of Carol in A Carol Christmas (World Premiere, soundtrack available at Kritzerland.com), Avenue Q (Kate Monster, Lucy the Slut). Thank you for joining us on this holly-jolly wild ride!